skip to main | skip to sidebar

Past and Present Dogs

Site to keep up with the day to day activities of Hurricane Brittany pups (Greta and Dealer's Brittany babies AND Tiny and Dealer Puppies for now AND: Tiny and Miles puppies!!! )

Beef and his big bone and his buddy 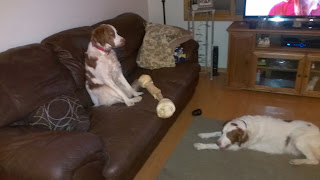 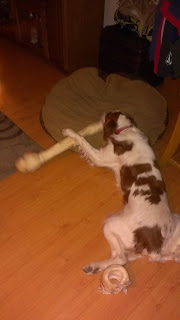 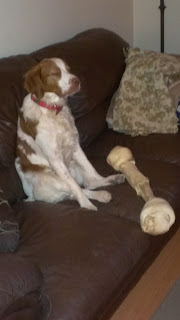 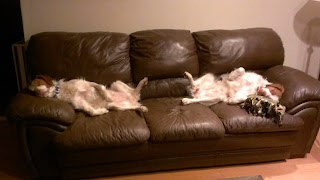 Posted by Hurricane Brittanys at 11:10 AM No comments:

He finished today with a big 5 point major win over 25+ Brittanys!!!

He finished easily with at 5 majors (only need 3) and 27 pts (only need 25) and beat many more champions that he needed to.

Very exciting!!  Thanks Ron Bugaj for showing your beautiful dog!
Posted by Hurricane Brittanys at 5:41 PM No comments:

Few date coincidences:  Mel's birthday (his granddaughter) is 3-25-2011 - same date as gramps. My bday and also my brother's (8 year's younger) and now Jake's date of passing were the same. 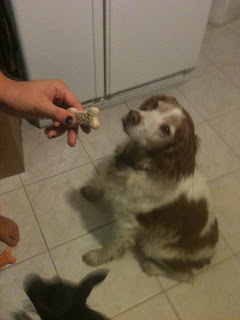 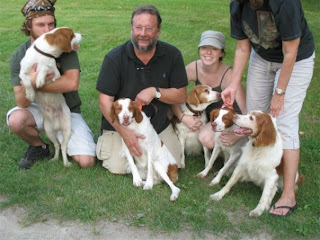 Jake really stood out in that big litter....that big-exhausting litter....I didn't have another litter for 10 years after all that work........I would let litter out to play when they were old enough.  After playing and eating and peeing and pooping (smiles), I'd gather everyone up and put them in the puppy pen....and start counting before I'd mop the kitchen floor....one, two..three...............ten.....huh?  Where's 11?  I'd look around and EVERY TIME, Jake (who's name was Taz at my house..... short for Tasmanian Devil) would always be under a kitchen chair in the corner.  He'd look at me as if to say....ok, THEY are all away....now let's play!  :)

He was the littlest in the litter (but grew to normal size, not small at all), boys or girls, but he had a personality that wouldn't stop.  People all came and selected their new puppy.....he got passed every time.  I wondered why, he was so full of himself and cute, cute, cute.  I wish I had digital pics at that time so I could show them.  Well, there was a reason, as there probably is for everything.  He was meant to go to Tawas with the family of our good friends and Mark's hunting buddy.  They had a Brittany named Trace that we got them a few years earlier.  He wasn't a rescue pup, but was about 2 or 3 when they got him.  He came from Calli's breeder.  (Calli's mom was Loni out of my very first breeding of Lola and Lido - and Loni went to this breeder, bred her and gave me Calli).  Trace was just a few points shy of getting his championship (Loni was a CH and JH) but started to dislike showing so they stopped and wanted a nice home for him.  He went to the Jacques house.

Taz/Jake went to live with the Jacques family with Trace and Jake became a superb hunter.  He loved it and was an awesome bird finder.  Later when I bred Greta to Jake the Jacques son, Nick, took the only boy from that litter....Tiny's brother.  Since he was the only boy, we called him Son of Jake...his name became, Sawyer.....which is an occupational term referring to someone who saws wood - Nick worked the family mill.  Trace passed and then they had Jake and Sawyer.

Jake, you will be very much missed......my little Tasmanian Devil!  You had a long and wonderful life, and I know you were very much loved.  I was lucky to see him often, since we visit and hunt up there with the Jacques.

In the Brittany group picture from left to right are: Sawyer, Greta, Calli, Tiny, and Jake (and people, but who cares about them - lol - lt to right are Nick, Mark, Mandy (Sawyer's mom), and me.
Posted by Hurricane Brittanys at 9:10 AM No comments:

Beef waiting for Santa and sending xmas greetings to his favorite mom, Greta, and Tiny and Mel too 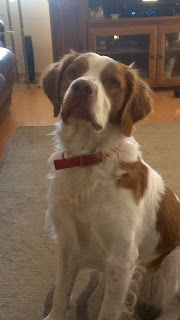 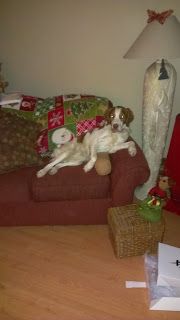 Posted by Hurricane Brittanys at 8:36 AM No comments:

Katie: snow, xmas toy, and watching a squirrel with her buddy, Molly (Katie on the left) 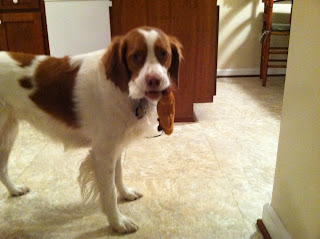 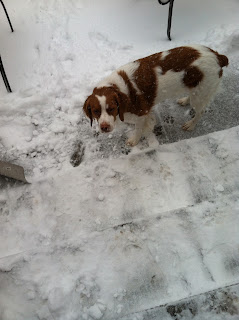 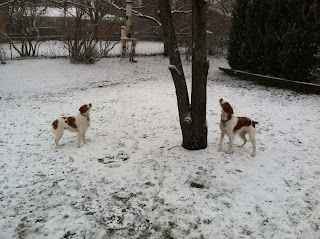 Posted by Hurricane Brittanys at 8:31 AM No comments: 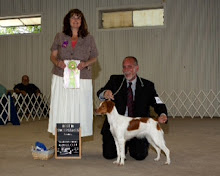 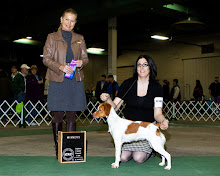 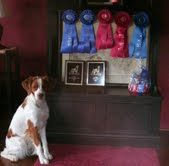 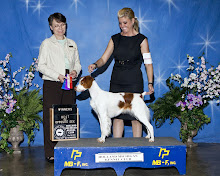